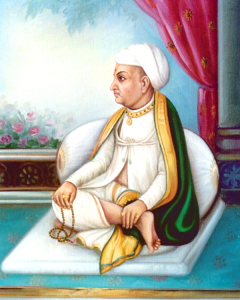 Ayodhyaprasadji Maharaj was the initial Acharya of the Ahmedabad seat of the Swaminarayan sect. According to the document prepared by Shree Hari about the Divisions of the sect on the basis of regional consideration. Ayodhyaprasadji Maharaj was given this responsibility by Shree Hari to place it in to act. He was born in the Chapaiya village. His father Rampratapji Pande was the elder brother of Shree Sahajanand Swami. He was very polite and humble by nature. He was never affected by any sense of pride or position. Hit long and continuous association with Shree Hari resulted in numerous qualities revealing him. His self-righteousness and sense of realisation was always at their peak.

Once Acharya Maharaj was deeply engrossed in worship of Bhagwan, in the ritual known as ‘Manasipooja’ at Avadhbhuvan. He transcended all bodily sensations and even his physical existence. Meanwhile, a scorpion crawled on his back and in spite of several bites, which left reddish scars, he continued with his worship without even a complaint. It was only after an hour or so that he felt the sensation of an insect bite. The devotees were shocked at the painful sight. But the Acharya Maharaj pacified them by saying that every creature behaves according to its nature and personality. The scorpion did the same. We as humans should behave like human beings. He was perhaps the finest example of the human qualities of flexibility, and absorption in matters related to the spirit.

Acharya Maharaj was committed to the principle of equality. He never discriminated among his devotees and followers in terms of their social or economic status. He was a highly learned personality and loved learning and learners. He was also gifted with poetic excellence. Many lyrics composed by him are heard in various temples even today. He also wrote his comment in Sanskrit on ‘Satsangijivan’ named ‘Tatvarth Deepika.’ The structure of the havali in Ahmedabad is the result of his vision. He was very involved in establishing various temples at different places like Bamroli, Idar, Siddhpur, Mandvi – Kutch, Chapaiya, etc. He started the Sanskrit teaching school in Ahmedabad in accordance with the command of Shree Hari that is stated in the holy book of ‘Shikshapatri.’

Acharya Maharaj selected his son Keshavprasaji Maharaj as his successor to the seat. He served the scat for 42 years and brought glory to the sect. His life and times are characteristics of the legendry age of the Swaminarayan sect. 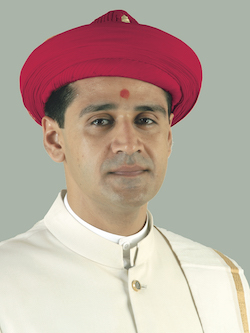 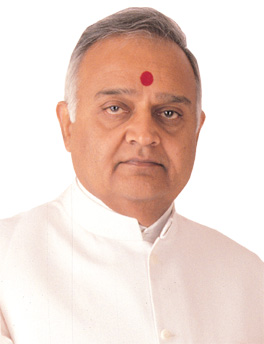 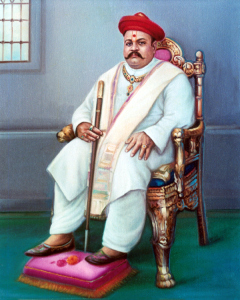